B-Y is a family-owned business with a mission of satisfying the comfort needs of homeowners and business owners through wholesale distribution. We strive to be the highest value provider of HVAC/R products and services in our market.

Our Company Vision is to have a high-performance workforce providing superior customer service, which will enable us to grow our business and support and empower our dealers.

B-Y represents hundreds of manufacturers and we serve thousands of customers throughout Michigan and Northwest Ohio, with 18 branches and a 140,000 square foot distribution center in Kensington Park, outside Brighton, Michigan.

John E. Behler and Wayne H. (Brig) Young grew up in Lowell, Michigan, became lifelong friends and founded Behler-Young in 1926. The friendship between John and Brig grew into a successful business partnership. When the two were not hunting and fishing together, they built a business that survived the Great Depression and World War II. They complemented one another – John the outside salesman and Brig the inside manager. Together they shared a strong sense of business integrity and honesty – a heritage that has lasted over 90 years.

Richard W. Young joined B-Y in December 1958 after serving in the Army. He held many jobs early in his career, such as purchasing, credit, sales, and operations, working closely with Jack Behler, the son of John. Under Dick's leadership, the company started to buy small competitors around the state, creating an initial branch network. From the early 1960s to the late '70s, B-Y grew to eight locations throughout Michigan. Dick and Jack believed in investing in technology, material handling equipment, trucks, and buildings in order to fuel growth for the future.

Jack lead Rapid-Line, the sheet metal, pipe duct and fittings fabrication division, while Dick focused on the HVAC distribution side of the business. This was an effective combination: the sheet-metal, pipe duct and fittings opened the door with contractors, as it is a product that everyone needs, and then they were more likely to buy other things from B-Y as well. Starting in the 1940s, B-Y became the Luxaire equipment distributor, continuing until the mid ‘80s. B-Y also handled other equipment lines such as Chrysler AirTemp, Payne, Trane, and Rheem, until buying the Bryant factory branch for Michigan in 1991.

Under the leadership of Doug Young, who joined the company in 1982 and became president in 1991, Behler-Young has continued a commitment to the ethics, quality, excellence, and teamwork that have characterized the company since its inception. B-Y team members have been involved in many civic, community and industry organizations in Grand Rapids and across the state, including the United Way and Habitat for Humanity. Doug has served on the boards of the Grand Rapids Area Chamber of Commerce, the State of Michigan Chamber of Commerce and NAW, as well as chairing HARDI, the HVAC industry organization.

Throughout the over 90 years of Behler-Young serving in Michigan communities, our commitment to honesty and integrity has never wavered, the principle the company was founded on remaining in the forefront for each employee. We are proud to treat each customer and homeowner as our most important, and empower our team members and dealers with the tools and resources necessary to provide a superior customer service experience. 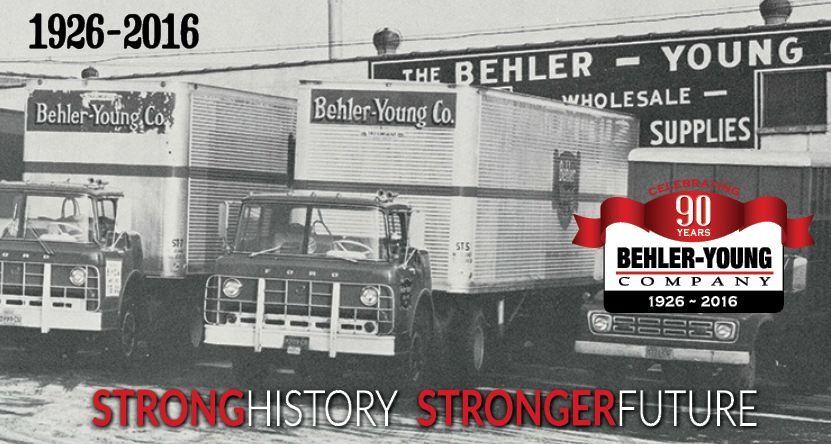